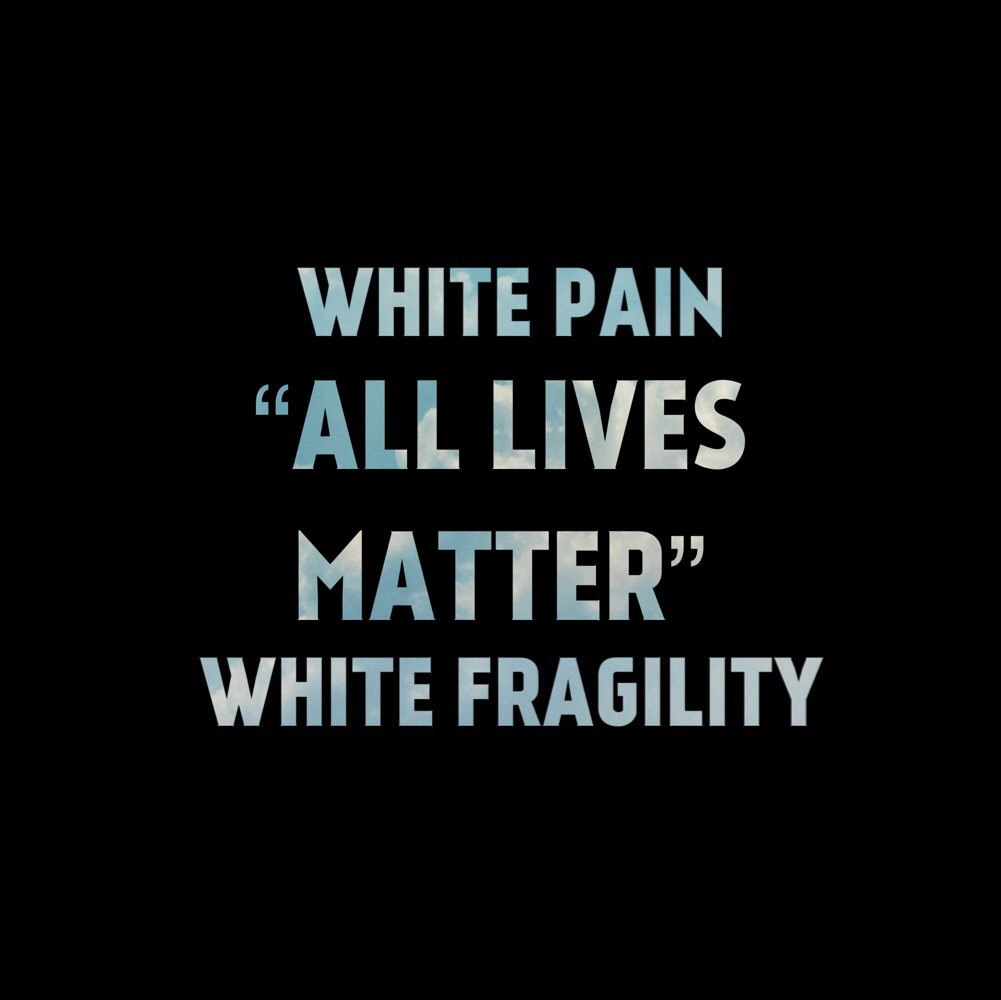 This article is the third episode of a series. If you didn’t do so already, please read part 1 here: A message for white people and part 2 here: Privilege makes blind

It’s the beginning of June 2020 that I am writing this. Around the world hundreds of thousands of people are protesting against racism, often using the statement ‘Black Lives Matter’. The killing of George Floyd by a group of policemen in Minneapolis (USA) was the trigger for all this.

Many white people react to this by posting the phrase “All Lives Matter”, oftentimes accompanied by a text that explains that all humans are of equal value. It is rare that these people post this with the intention to support the movement against racism. Often it is used with the intention of disqualifying the black emancipation movement. But even if people post it with a positive, constructive intent – the statement “all lives matter” does not support the cause for equality between humans, on the contrary.

Let’s first have a look at the facts. In most countries in the world, there is racism against black people. In some countries more than in others; and black people are not the only ones that are being discriminated. So why would we not look at racism as a much broader phenomenon than just ‘Black Lives Matter’? And why do I refer to white people, and eg. not to Asians, that also discriminate against black people?

But then why do I speak to white people? That’s simple. Because I am white. And as far as I know, in all countries where the majority of the population is white (for example all European countries, the Americas, the Arab world, Australia) there is racism against black people. So it is perfectly logic and normal that I, as a white person living in a predominantly white part of the world, consider what I can do, together with the other white people around me, can and probably should do to eliminate racism.

GeekAesthete
Imagine that you’re sitting down to dinner with your family, and while everyone else gets a serving of the meal, you don’t get any (or a very small portion). So you say “I should get my fair share.” And as a direct response to this, your dad corrects you, saying, “everyone should get their fair share.” Now, that’s a wonderful sentiment — indeed, everyone should, and that was kinda your point in the first place: that you should be a part of everyone, and you should get your fair share also. However, dad’s smart-ass comment just dismissed you and didn’t solve the problem that you still haven’t gotten any!

The reality of (our part of) the world is that so far black people are not getting their fair share. I am pretty sure that 95% of the (racist and non-racist) people that posted ‘all lives matter’ don’t actually do something against racism and discrimination of black people (please prove me wrong!). It is simply their way of dismissing the call for equality. And why do people want to dismiss that call? Let me do a “wild guess”

It has to do with the typical white pain of reflecting on our privilege, and possibly giving up on it. It is a lot easier to make a smart and reasonable sounding statement like ‘all lives matter’ then to seriously confront ourself with our role in a society that supports racism, and, even more painful, with our own internalised racism.

So yes the conclusion is that by stating, at this moment in time, that ‘all lives matter’ you are actually reinforcing the idea that black lives don’t matter.

In the next episode I write about our good intentions. Hope to see you there!

PS If you don’t think that racism against black people is a thing in your country, please take a moment to google “examples of everyday racism against black people” – or the appropriate translation in the language of your country. And read with an open heart, without dismissing. If that turns out to be challenging for you, then I invite you to re-read the part about listening in my first post in this series.