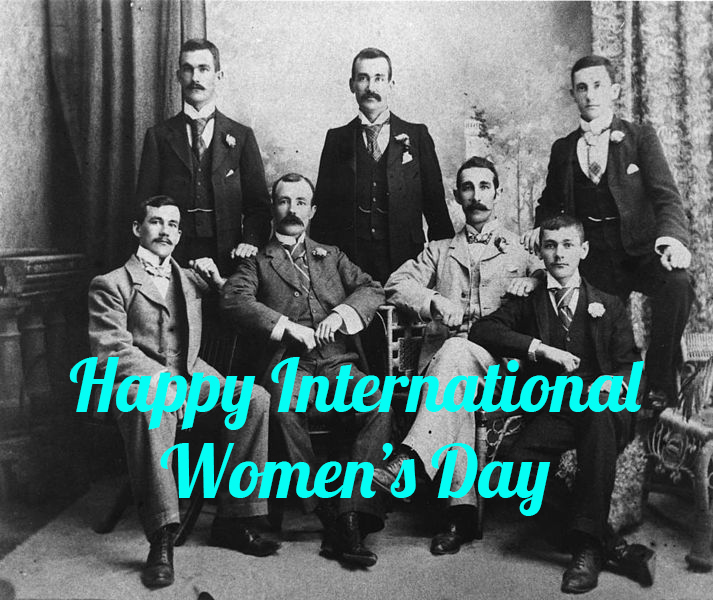 Why am I posting a picture of men when it’s International Women’s Day? Is Women’s Day something that men should care about? After all, you (fellow man), and I are good people, no?

Yes dear women, you too of course. But now I just want to have a chat with my fellow men, sorry.

Dear men, why am I posting a picture of men when it’s international women’s day? Is IWD something that we should care about? After all, you and I are good people, no? We would never do a woman harm and we are all for equal rights. We don’t send dickpics. And we would never use our power in order to get something. We don’t even have power over women.

Or do we? Did you and I ever ask ourselves this question? Maybe today is a fine moment to ask ourselves, do I ever contribute to a world that is not safe for women, even if I’m not that creep that jumps out of the bushes?

I’ll be honest. I have done some of the things on this list. Mostly (if not always) whilst being totally unaware of the actual power dynamics. That’s why I am not upset with myself that I did those things. I will not be upset with you either if you tell me that you did similar things.

But I would be upset with myself if now I would not try to understand these gender dynamics, and if/how they affect the (perceived and actual) safety of women. Spoiler alert: the answer to “if” is “yes they do”. I would be upset with myself if I would not investigate my own behavior, with an open, non-defensive eye. And that’s frigging difficult! And it’s painful as well.

When I was flirting with […] I felt that SHE was in the position of power. After all, SHE “has something” that I wanted, that I thought I needed. And SHE could decide whether she would give me or not… Well it’s only now, so many years later, that I am learning to allow myself to see the other side of the story. And the other side is that I was her boss/Couchsurfing-host/driver or whatever. So could she really freely decide? I knew that I would not fire her/throw her on the street if she would say ‘no’, but how could SHE know that I would not do that?

But what I’m saying is that you and I, dear fellow man, have to learn to be aware of these dynamics.

Because, dear man, you and I have no idea of the reality that women live in. The catcalling, the groping, the ‘leaning in’ a bit too much in the bus in rush hour, the subtle or explicit hints of power, the objectifying jokes, the random flirting.

Don’t get me wrong, I also make those jokes, for example. But I am trying to not do it. I am learning. Because I want that all humans would live in (gender-related) safety, not just half of humanity. And, with two steps forward and one step back, I’m trying to take responsibility for my part in all of this. Because I do have a part in this. And you do too. Even if you and I never were that creep that jumped out of the bushes.

I am very eager to discuss this with you, dear man. Should we try to make this learning journey together?